HomeNewsKent Asylum Seekers Wished They had Remained In France
News

Kent Asylum Seekers Wished They had Remained In France 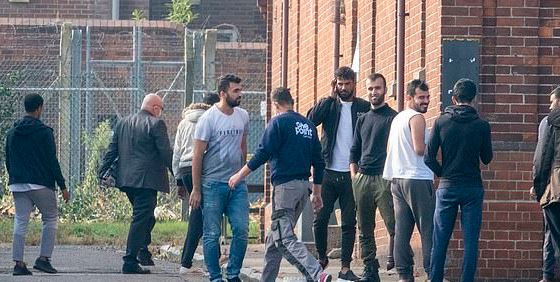 Some of the asylum seekers that have ended up at an army barracks in Kent are now claiming they wished they had stayed in France.

The young men in their 20s and 30s originate from Sudan and fled from Darfur. They crossed the Channel a few months ago and have remained in detention in the UK.

They had been spending their time at a hotel but have recently moved to a former Army Barracks in Folkestone.

One of the four Sudanese asylum seekers, said residents of the Kent camp were under a 10pm curfew”.

He said ‘The food is no good. There is only one toilet. We are kept like animals in pens. I should have made my application [for asylum] in France. We have more rights here [in the UK] than in France. I want to go to school in England and work. But this place [the barracks] is no good.’

It makes interesting reading to see that thye have more rights in England than in France. Seeing as both countries are in the EU, we should all be offering the same, but it would seem that the soft UK can offer more, hence the desire to get here.

It is reported that some illegal migrants want to come to the UK because there is no national system of identity cards and police cannot stop people in the street to ask for their papers. This would make it easier to go about their business in the UK, as detection is difficult.

We have worked tirelessly… to provide asylum seekers, who would otherwise be destitute, with suitable accommodation

This is higher than any adult rate in the UK. However, the French state provides no money for children. So, those with children would be better off in the UK.

It would appear that using the former Army barracks as a staging post is having the desired effect. For too long, asylum seekers have been enjoying the land of plenty and complete freedom. Now they will have to wait for months to have their applications processed and finally have a bite of reality.