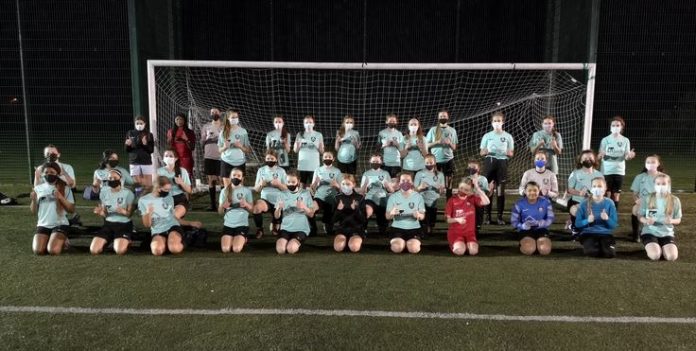 As the country returned to grassroots sports after lockdown 3, there was an important announcement in Kent for ladies football.

Kent Girls Elite FC have joined forces with the London City Lionesses to form the LCL Kent Player Development Programme. This is being labelled as the only pathway in Kent to a fully professional club in the FA women’s Championship.

Kent Girls Elite FC was established in 2020 after previously being known as Gillingham FC Girls Regional Talent club. After Gillingham FC removed funding, the club was formed to maintain the same level of player development in Kent.

The club run for age groups starting with the under-12s, then progressing to Under-14, Under-16 and finally a new Under-18 team will be launched for the 2021/22 season. This will provide any budding female a path to the professional women’s game.

The club have now returned to training after lockdown and are looking to get some hard work in to make up for the missed time. They are also being followed by a BBC crew who want to film and talk about the return of grassroots football and the launch of the new team.

We wish the team success in the future, although we wonder whether a name change may be in the pipeline as ‘LCL Kent PDP’ does not exactly roll off the tongue easily as a team name!