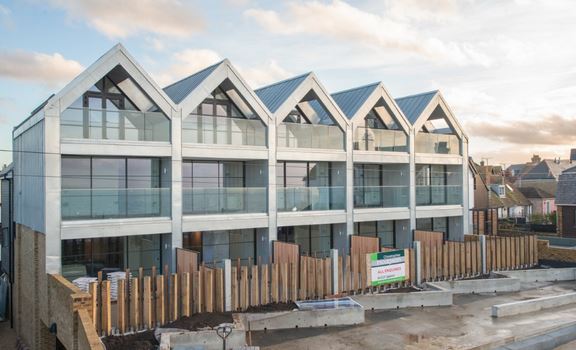 There is anger among people living in Kent after it has been revealed that Canterbury City Council (CCC) sold land on Whitstable seafront for a fraction of its real price. The story has gained such notoriety that it has even made it to the pages of magazine ‘Private Eye’ in their Rotten Boroughs section.

Back in 2014, CCC sold the area in Sea Street, Whitstable for a mere £165,000. Not only that but the sale was conducted behind closed doors in a ‘private sale’ to Sea Street Developments Ltd. The sale sparked a High Court challenge that ended with a judge saying they had not secured the best price for the plot, but still let the sale be completed. How odd is that?

Since 2014, seven new homes have been built on the site, which are now up for sale between £800,000 to £1.45 million. Local councillor Chris Cornell said this week: “It just shows £165,000 is not what it should have been priced at.I would have thought it should have gone for three or four times more”.

Residents are now furious that the land was sold so cheaply, when the extra income could have been spent on improving public services. Not only that, but the developers have obtained this land on the cheap and are now set to walk away with around £6 million.

The Private Eye magazine wrote a short article on the ‘dodgy’ transaction, which it has shared with the nation. The writer has said “isn’t it great to have public assets in such competent hands?”. They say a beach hut was sold last year for £150,000, but the land sale was made five years before that. Even with that in mind, land prices have not sky-rocketed that much in five years, so clearly the land was under valued in the beginning or sold way below its true value.

Now is this a case of complete incompetence or something more sinister? Whatever the answer, surely someone should be brought to task over this? Either someone is sharing ‘brown envelopes’ in which case there should be a criminal investigation. If someone or a department has ‘messed up’ then there should be an investigation into what are they doing with public owned land?

With this now being such a high profile story, let’s hope that someone gets on to it and the truth about the ‘mysterious sale’ can be made public.