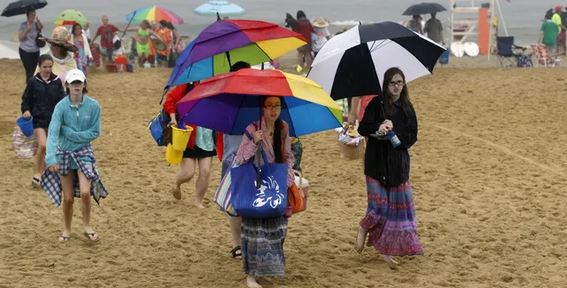 Kent is facing a three days of wet and windy weather as Storm Alex arrives.

Heave rain is forecast for Friday and across the weekend, with weather warnings in force until Sunday.

The Met Office is warning of potential flooding in western and central areas of Kent as a result of the band of heavy rain heading north from France. There does not seem to be much good stuff coming from France at the moment.

Wind gusts of up to 65mph are forecast for coastal areas, causing large waves on Kent’s coastline.

Over the weekend, another low-pressure system moves towards the UK – resulting in rain and strong winds. Yellow weather warnings will cover the entire county for both Saturday and Sunday. The good news is that there will be less migrants trying to cross the Channel this weekend!

Have a great weekend!