HomeTravelOver 50 Motorists Arrested In Kent As Part Of A National Road...
Travel 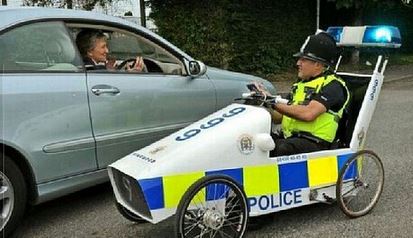 Road policing officers recently took part in a special campaign aimed at improving road safety. The officers performed road checks looking for motorists who were speeding, failing to wear a seatbelt, using their phone at the wheel or driving under the influence.

The action ran between 14th and 20th September 2020 and incorporated ‘Project Edward’ a one-day campaign by the European Traffic Police Network on 16 September aimed at realising the goal of a single day on the roads without a death. Project Edward began in 2016 as a Europe-wide initiative focusing on road safety and this year is aimed at motorists driving for work and urging them to drive safely.

The purpose of the campaign was to remind motorists of their responsibility to drive safely with traffic volume increasing as more people return to the roads after lockdown. They were supported by Special Constables who also carried out stop checks. Additional camera vans patrolled high harm routes – routes where they were likely to catch loads of people speeding we hear you say!

During the week 51 people were arrested on suspicion of driving offences:

A further 170 motorists were stopped by the roads policing officers. Of these, 89 were given tickets for speeding, 4 were found to be on their phone, 12 were not wearing a seatbelt and 16 were giving warnings about their driving standards.

The camera vans detected 1,888 speeding motorists, 64 people not wearing a seatbelt and 1 person using their mobile phone at the wheel. Their actions not only improved safety on our roads, but probably earned a few quid in fines too!