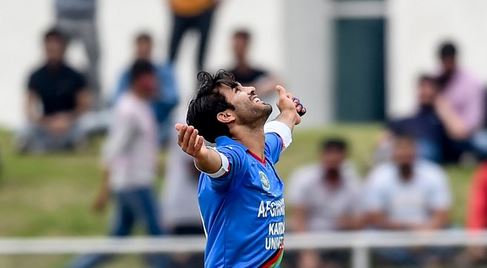 Apparently the well known cricketer from Afghanistan is 20 years old and has played in the BBL, the CPL , the PSL, the LPL, the DHL, the VPL, the ABC, the YMCA and the PMSL.

QAIS made his T20I debut for Afghanistan, against Ireland, on 10th March 2020

He has a T20 economy rate of 7.15, and a first-class bowling average of 20.51 which we assume is quite good, otherwise KCC would not be quoting those statistics!

He is a leg-spinner but classed as a Right-arm leg break, which is ever so confusing for those not dedicated to the terms used in cricket. We look forward to seeing him spinning those legs during the season.