HomeTravelKent To Get Its Own Border For Brexit
Travel

Kent To Get Its Own Border For Brexit 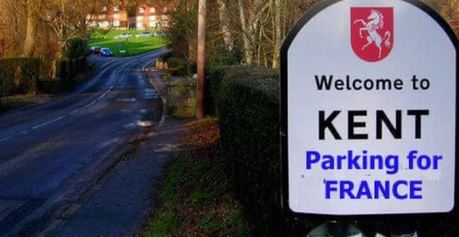 Michael Gove has confirmed that a de facto Brexit border is to be introduced for lorry drivers entering Kent to travel on to the EU.

The minister for the Cabinet Office told the House of Commons yesterday that lorry drivers would need a “Kent access permit” (KAP) to get into the county from 1 January with “police and ANPR cameras (automatic number plate recognition)” enforcing the system.

Drivers, British or foreign, who are travelling, for instance from depots in the Midlands, will need to get a permit before they arrive in Kent if they intend to board a ferry or Eurotunnel train.

The scheme was due to be approved last week at a meeting of the exit operating committee, chaired by Gove. “We want to make sure that people use a relatively simple process in order to get what will become known as a Kent access permit,” he told parliament.

“If they don’t have the material required, then it will be the case that through policing, ANPR cameras and other means, we will do our very best to ensure that … constituents [in Kent] are not inconvenienced,” he added.

Opponents to the scheme were quick to point out that the Governments track record of implementing new systems was ‘not really that good!’.

Haulage companies are still predicting major problems come January 2021. They wonder who will provide the new KAP permits and what happens if there are delays with obtaining the required permits.

The government has not said how it will enforce the KAP. Earlier this week, the Labour MP Angela Eagle asked “Who’s going to be patrolling the Kent borders to make sure that no lorry goes into Kent if it hasn’t got that passport? Where are the border posts for going into Kent going to be? It’s all very well saying we are going to need it, but are we going to have Kent border police or border guards?”.

So far, there has not been a response from the Government but there has been rather a lot of long, quiet stares at each other. Rumours that Mr Gove went off to find a broom to ‘effectivity’ brush the issue under the carpet are not true.