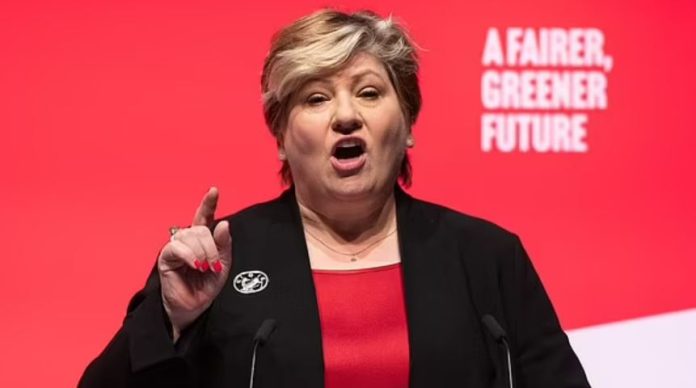 Labours MP for Islington South and Finsbury, North London has got herself into a bit of hot water after loading a photograph onto social media that shows her speeding.

Emily Thornberry, who is the Shadow Attorney General, posted a photo to Instagram which showed her driving at 81mph. For those who are unfamiliar with UK laws, the speed limit is 70mph. She uploaded the incriminating photo of driving to party conference in Liverpool last Saturday.

Ms Thornberry, 62, wrote next to the snap ‘On my way to Labour Conference’, adding that she was ‘choosing a Labour Students disco playlist’.

Drivers who speed at between 71mph and 90mph in a 70mph zone face having three penalty points slapped on their licence, according to Government guidelines. Most police forces also impose a £100 fine. Drivers can be offered the option to go on a driving awareness course rather than accept the penalty points.

Her spokesman said ‘She is well aware that the speed limits are set where they are for a reason, and she apologises unreservedly for this fleeting and totally unwitting moment when she exceeded them on the drive to Liverpool.’

It is a huge embarrassment for Labour as the Attorney General is the main legal advisor to the government. They also have executive responsibility for law enforcement, prosecutions or even responsibility for legal affairs generally, so photographic evidence of breaking the law is s a huge issue for the MP.

Unsurprisingly, Labour chiefs and the police are yet to comment on the issue.