HomeTravelM25 Closed In Both Directions Between Junction 6 & 7
Travel 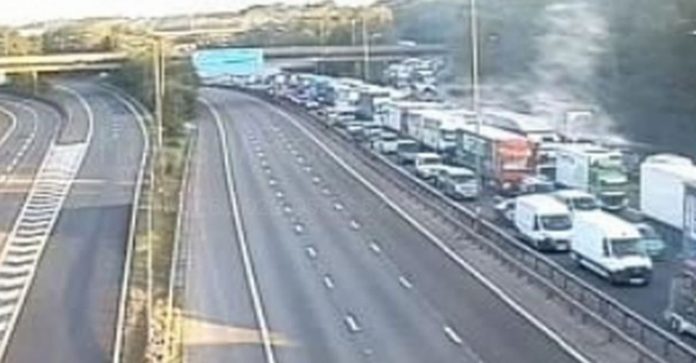 The M25 has been closed in both directions between junctions 6 and 7 after a police incident at around 4.30am this morning.

Motorists have been advised to avoid a southern section of the M25 motorway as well as the M26, after it was blocked in both directions.

National Highways South-East says that the orbital motorway is blocked in both directions between junction six (Godstone) and junction seven (Bletchingley) due to a police-led incident.

Queues of traffic have quickly built up, and shortly after 5am there was around two miles of congestion in both directions, which is going to be lovely once the day heats up. Drivers are being urged to find alternative routes as the rush-hour gets under way.

At 5.21am, National Highways South-East said in a tweet “The #M25 is blocked in both directions between J6 #Godstone and J7 #Bletchingly due to a police led incident. There are currently 2 miles of congestion in both directions.”

In an update at 5.43am, traffic monitoring service Inrix said: “M25 in both directions blocked, stationary traffic due to police incident between J6 A22 ( Godstone ) and J7 M23. Congestion to four miles clockwise, two miles anticlockwise. All held since 04:35.”

There are reports that the M25 will reopen around 7.30am, although there will delays in the area until the traffic queues clear.