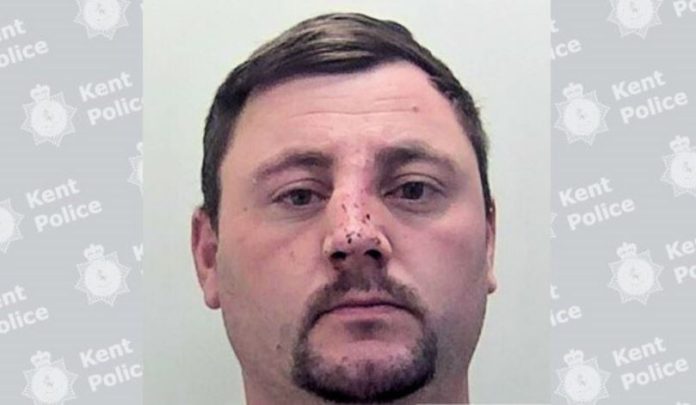 A man has been jailed after a failed attempt to steal a cash machine from the wall of a shop in Canterbury.

James Collins was jailed for five years and five months at Canterbury Crown Court on Wednesday 7th September 2022 after admitting burglary at a previous hearing.

Officers were called to the shop in St Martin’s Hill shortly after 2.30am on Friday 12th November 2021.

A group of offenders had stolen a digger from a nearby construction site and had used it to damage a wall surrounding a cash machine.

Collins, wearing a balaclava, was driving an Isuzu Trooper which was driven into an attending police car as it approached.

A second patrol vehicle then made tactical contact with the Isuzu and Collins tried to flee on foot before being Tasered by officers and arrested.

The digger used was left in the road, along with the cash machine, and two other vehicles which were involved, a Range Rover and tipper truck, left the scene in the direction of Littlebourne.

They were pursued into a country lane, where the tipper truck repeatedly drove into a police car and blocked the road, before the remaining offenders made off in the Range Rover.

Collins, 30, of Lenham Heath, Maidstone, was charged the following day by officers from the Kent and Essex Serious Crime Directorate.

The cash in the cash machine was recovered by police, but extensive damage was done to the building.

Senior Investigating Officer Detective Chief Inspector Chris Greenstreet said ‘This was an organised effort to steal money and the group did not care what harm came to members of the public or police officers who got in their way. I am pleased that the quick response of officers on the night led to this dangerous man being arrested and now jailed. My team will continue to work on tracking down the others involved’.