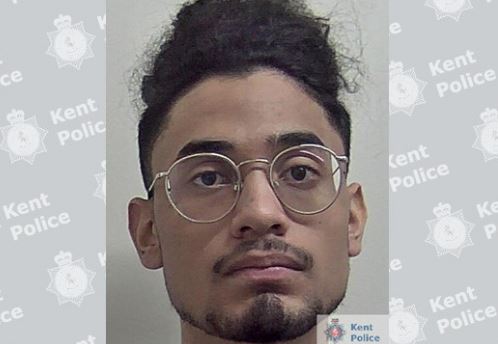 A man who repeatedly stabbed someone outside a shopping centre in Tunbridge Wells has been given a jail senetence.

Michael Rodriguez from Hadlow, assaulted the victim with a knife in Upper Grosvenor Road and continued to attack him even when he tried to run away at around 1.20pm on 12 February 2022.

He was known to the victim and initially approached him at a location close to a department store in Tunbridge Wells.

An altercation ensued, which resulted in Rodriguez suddenly producing a weapon described as a kitchen knife, with a blade measuring at least five inches. He used the knife to repeatedly stab the victim, aged in his 20s, in the abdomen. The victim tried to run to safety but was pursued by Rodriguez who then plunged the knife into his back.

Rodriguez fled the scene, still in possession of the knife. The victim was taken to a London hospital with serious injuries, including to his spleen and kidney. Officers arrested Rodriguez on the following day and he was charged with attempted murder.

The victim has endured a terrifying ordeal, the consequences of which will stay with him for the rest of his life

At Maidstone Crown Court he denied this charge and the prosecution accepted alternative counts of causing grievous bodily harm with intent and with possessing a knife in a public place.

Rodriguez was sentenced on Monday 21st November 2022 to five years and nine months’ imprisonment. He will be required to serve at least two thirds of this term before he can be considered for parole. The sentence also included an extended licence period of a further two years.

Detective Constable Alex Peacock, of the Kent and Essex Serious Crime Directorate said ‘Rodriguez was responsible for a simply brutal and terrifying assault which took place in front of several alarmed members of public. It is only by luck that the wounds he inflicted were not fatal. Whilst Rodriguez has never revealed to us where he disposed of the knife, the evidence in this case clearly shows he had every intention of inflicting serious harm’.