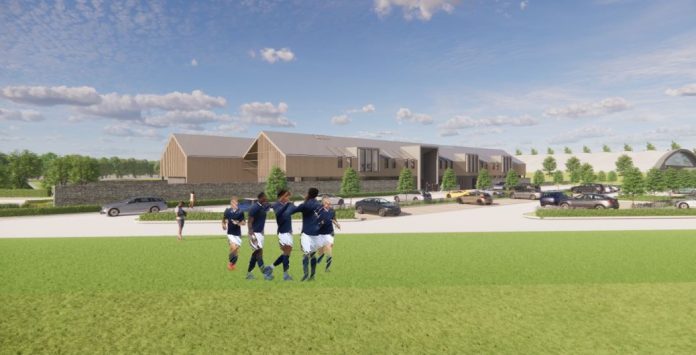 Millwall FC have purchased 100 acres of land in West Kingsdown last September with a view to getting planning permission for a new hub that will be able to house the first-team and academy’s proposed new training complex.

Millwall chief executive Steve Kavanagh has said there is plenty of hard work lying ahead after the club released more details.

The Lions plan to submit a planning application by the end of this month and could face a wait until almost the end of the year to find out if it has been successful.

The first-team are currently based at Calmont Road in Bromley but that is only a lease arrangement after previous Millwall owner Theo Paphitis sold the land.

The team hope that the new training complex will secure the long-term future of the club, removing issues with leases running down or other complications.

The proposed land is is used as farmland and sits close to Fawkham Road and the M20, with an additional portion of land connected via bridge on Crowhurst Lane. Battersea Dogs Home is the only large building in the area currently although there are some cottages on Fawkham Lane that currently overlook the fields.

Steve Kavanagh said “This site is a complex site, because it is green belt and recreational use is permitted development – but it hasn’t got any buildings on it. Now that we’re so close to submitting the planning application we’ve now gone public with getting the plans out there. I’ve spoken about it in my notes to the fans before, we’ve not been keeping it all a secret.”

The Den is the showcase, but this is where they do their work. We need to show we care about that

There is still a long way to go for the club, with the condition of the land still being evaluated. Although the land appears level, it is not and the ground is also heavily flinted. The club would need to deal with that because you can’t have flint in the pitches.

“It’s an important step for the future of the club and an exciting step. This will really secure and set the next 25-50 years future of this club to allow it to continue to grow and aspire to get to the next level” said Kavanagh.

Local residents will get a say on the changes once a formal planning application is submitted.

More information can be found on Millwall’s official website dedicated to the new training ground here.