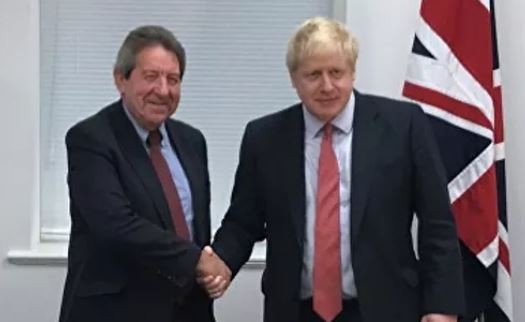 The MP for Sittingbourne and Sheppey is planning to apply pressure onto Southern Water to demand a second water pipe.

It comes after the island had water services cut off after two burst pipes last week.

MP Gordon Henderson has said that he has demanded a meeting with bosses at Southern Water to insist on the new pipe, which he says was declined seven years ago.

More than 20,000 homes went without water for three days after the two bursts. Mr Henderson also argues that with the additional housing now built, only having one pipe is not sustainable.

It is also an issue very close to the MP’s heart, as he too lives on Sheppey!

He said “I went over the many problems Islanders faced and I was given a firm commitment there will be a high-level meeting of directors, with my involvement, to devise a plan, as soon as possible, to ensure the resilience of water supply to Sheppey will be improved.”

Mr Henderson also said “I will be pressing for a secondary pipe to be laid to the Island and was given a commitment that contingency plans will be improved in case there is another burst.”

So at the present time there is no commitment for a second pipe and the privately owned water company have *only said they will improve contingency plans in the face of another burst. How about a move to bring back water supply back to Government management?

Although most people would agree with the MPs stance on improvements, critics have been quick to point out some of Mr Henderson’s past. He has been an MP since the 2010 general election, so has had plenty of time to address this issue before this knee-jerk reaction.

It has also been noted that the MP previously voted against more regulation on water companies to ensure they have sufficient infrastructure. Now that he has been personally affected by the issue, the MP’s position appears to have changed.