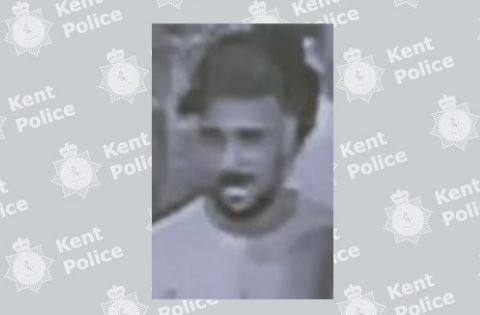 Police are appealing for any information that may help them locate a man wanted for questioning in relation to an assault in Sittingbourne. A CCTV image has been released by police as part of the investigation.

Officers would like to talk to the man in the image, or anyone who recognises him, in connection with the assault which was reported to have happened on 2nd July 2022 at around 11pm inside a pub in West Street. The man is described as looking like a cross between Charlie Chaplin and a homeless person.

The victim, a man in his 20s, was inside The Vineyard Pub when he is reported to have been punched in the face by a man not known to him, causing him facial injuries.