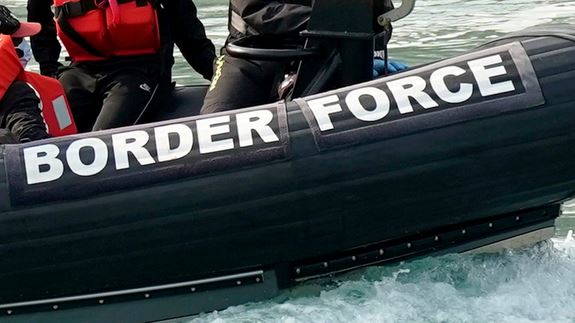 When we thought we could stomach no more revelations in 2021, immigration minister Tom Pursglove has managed to come out with a real stunner!

According to Tom, only five people who crossed the English Channel to Kent in small boats have been returned to the EU so far this year. Just to be clear in case you misread that, it is not 1 in 5 that have been returned – it is a total of 5!

The total of illegal Channel crossings stands at just over 24,000 so far. So managing to return 5 people is a success rate of 0.02%.

The minister for both the Home Office and the Ministry of Justice said small boats were now being launched from a 125 mile stretch of the French coast, compared to 30 miles in the past.

Mr Pursglove told the Home Affairs Select Committee that boats are now the “route of choice” and there had been “difficulties securing returns”.

Mr Pursglove said: “There is not a returns agreement with the European Union in place at the moment. You will appreciate that there have been some difficulties around securing returns, not least as a consequence of Covid.”

He also added that “All the individuals we see arriving are coming from what are safe countries with perfectly functioning asylum systems, which act in accordance with the refugee convention”. Basically saying that the other countries could accept asylum applications and that the UK is seen as weak and hopeless in dealing with this crisis.

Dan O’Mahoney, Clandestine Threat Commander for the Home Office, told the committee the idea of using marine fencing to block boats from UK beaches had been looked at and rejected as unsuitable.

He told the committee that “push back” tactics that are “safe” had been developed, but refused to say what they were, or whether a lack of cooperation from France had prevented them being used.

Once again the UK is seen as a soft touch and not willing to stand up to the EU or individual countries. The UK needs to implement some tough rules to deal with illegal crossings and show it is not prepared to allow this to continue. Sadly the UK has shown time and time again that is is not prepared to play tough when it needs to and is unable to implement a proper immigration system that is fair and robust.

Motorbike Policeman Has Nose Of A Dog