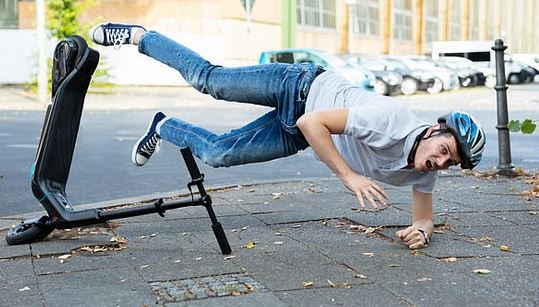 Kent Police and Crime Commissioner Matthew Scott has called for a ban of e-scooters across the country, after Kent County Council decided to extend the experiment for e-scooters in Canterbury until March 2022.

The commissioner warned of more potential injuries and deaths if the experiment continues. He has said that the vehicles are “inherently dangerous” and “Personally, I think the whole e-scooter experiment needs to stop across the country. We’re starting to see cases across the UK of people being killed while they’re riding them and also, more significantly numbers-wise, serious life-changing injuries”.

There is also an inherent risk with the batteries on e-scooters with Kent Fire and Rescue Service being called to two separate e-scooter fires this year. Fortunately, no one was injured in either of these incidents.

Mr Scott claims the trials have caused “confusion” about their legality and people are buying vehicles that are unregulated, with many substandard products being imported and sold legally. It is legal to buy a scooter, but it is illegal to ride one on the road. He claims the trials have left consumers confused about how and where they can use e-scooters. Not only that, but with more being seen in use, it leads others to believe that they can be used legally on our roads and pavements.

Mr Scott added “If the Government is going to go ahead with this, then private ownership should be banned and it needs to be a properly regulated public hire scheme only, but even I have concerns about that.”

However, Labour MP for Canterbury Rosie Duffield said e-scooters could help the environment, although she wants to see what the results of the experiments are before giving her full support.

She said: “We’re getting used to that shift and we’re going to have to get used to not being so reliant on fossil fuel and we want cleaner transport without killing the planet. But I understand the concerns for safety and we need to make sure we take steps to make e-scooters safer”.

Kent County Council have said “KCC has extended the trial of use of e-scooters in parts of Canterbury until March 2022, following a direct request from the Department for Transport. Safety is a top priority for KCC and officers meet regularly with Kent Police, Bird and DfT to discuss their roles in this trial.”