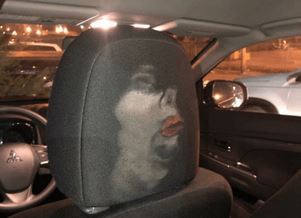 More than 200 Kent motorists have been reported for seatbelt offences as part of a national road safety operation.

The campaign led by the National Police Chiefs’ Council ran between Monday 31st May until Sunday 13th June 2021 and involved officers from Kent Police’s Roads Policing Unit patrolling areas around the county to spot those breaking the law.

Driving without a seatbelt is one of the factors most likely to result in collisions that cause death or serious injury on the roads, along with speeding, driving whilst under the influence of drink or drugs, and using a mobile phone or other electronic device at the wheel.

A total of 224 seatbelt offences were identified in Kent, resulting in those responsible being issued with Traffic Offence Reports that could result in a fine of up to £500. In the majority of cases this was for the driver, although 14 fines were issued to adult passengers who had also not buckled up.

The total also included 14 fines issued for failing to ensure a child in the vehicle was not wearing a seatbelt, and on 5 occasions the child in question was under the age of three.

Meanwhile, an additional 100 offences were reported including speeding, using a mobile phone at the wheel and drink-driving were also identified and dealt with by officers throughout the course of the operation.

Inspector Thomas Pooley of the Roads Policing Unit said “Whilst the vast majority of road users appreciate the importance of wearing seatbelts, there are unfortunately still a number who are putting their lives at risk by not buckling up when they get behind the wheel. The Roads Policing Unit will continue to run operations such as this to ensure Kent’s roads are kept as safe as possible for everyone travelling on them”.