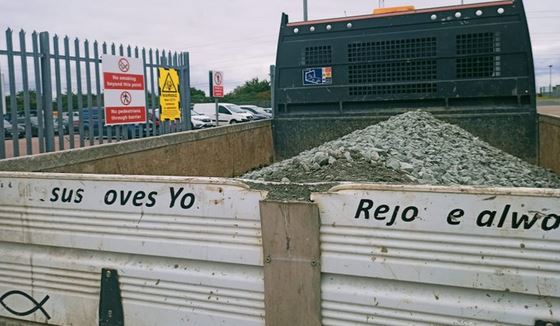 The driver of the 3.5 tonne vehicle was asked to follow the police to a local weighbridge where it was found to be 1.5 tonnes over its legal weight.

Despite the truck having signs on the back saying “Jesus Loves You” or to be more precise, “sus oves Yo”, the truck was prohibited from the road and the driver was reported for road offences.

The only use of “Jesus Christ” was the remark of the police when the weight of the vehicle was finally confirmed!