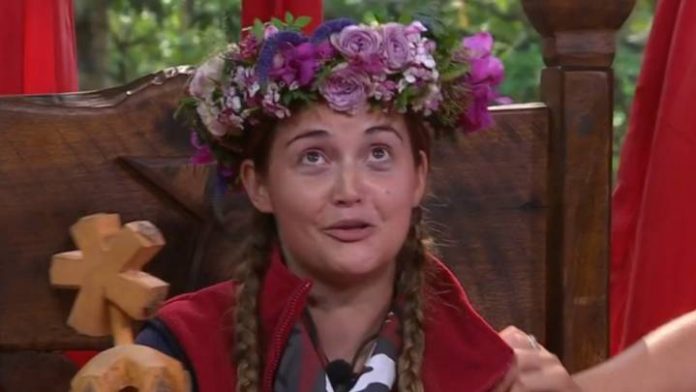 Yes, it’s true. Jacqueline Jossa, who was born in Bexley has become this year’s winner of I’m A Celebrity. She was crowned Queen of the Jungle (no King this year!) last night in the middle of the Australian jungle. How many people did not know that Australia had a jungle until this programme began on the television?.

27-year old Jacqueline attended drama school in Bromley, before getting a job on Eastenders. If you haven’t watched Eastenders for a while, then you probably still have no clue who she is.

“G’Day mate” she said, as she left the jungle to meet her husband dan

Jacqueline was not the favourite to win, as she struggled to adapt to life in the jungle. She was a nervous wreck during the bushtucker trials, but still managed to get through to the final.

She was joined in the final by Roman Kemp (Capital FM DJ) and Andy Whyment (Actor in Coronation Street). The two lads were predicted to get more votes due to their large fan bases, but Jacqueline beat both of them.

Her final trial had her handcuffed to the floor of a large star and then she had insects poured over her. She managed to endure the full 10 minutes, which also involved Ant and Dec delighting in seeing a helpless person being tormented. It was the 10 minutes of suffering Ant and Dec that probably scored her the extra votes she needed to win.

She is due to arrive back in the UK later this week. Her schedule is quite empty after leaving Eastenders in 2018, but after her crowning glory in Australias, there isa good chance that plenty of work will be heading in her direction. If she is still stuck for new work and fancies starting a new business based on her recent experience, there is probably a lot of cockroaches in Old Bexley that need exterminating.