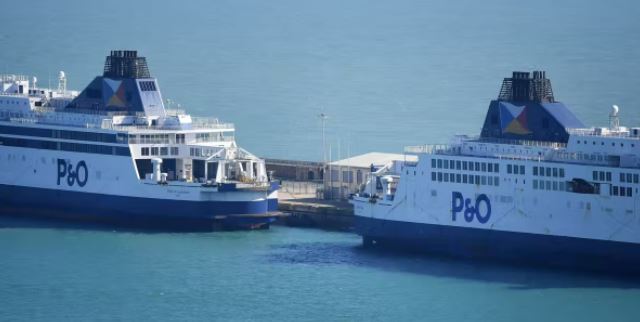 P&O Ferries plans to resume operating between Dover and Calais in the coming days. The company that has already won the award for “The Best Way to Destroy Your Companies Long-Standing Reputation – 2022” hopes to get back to business with its Channel crossings route re-established after weeks of no services.

The beleagured firm’s website began selling passenger tickets for cross-Channel sailings on its ship Spirit Of Britain from today, although the website later said there were “no sailings available for your selected dates”.

P&O Ferries has not operated between Dover and Calais since it tried to destroy its reputation by sacking all its seafarering staff without notice and replace them with cheaper agency workers. A number of its vessels, including Spirit Of Britain have since been detained by the Maritime and Coastguard Agency (MCA) after safety issues were found. The ship was eventually cleared to sail on Friday.

The operator confirmed that the Sprit of Britain will initially carry only freight and no tourist traffic. It is the only P&O ship back in service on the Dover to Calais route, with three others still waiting to pass inspections.

The news came after another P&O ship spent hours adrift without power in the Irish Sea. P&O said the incident on European Causeway on Tuesday 26th April was caused by a “temporary mechanical issue” that had been resolved. The ship managed to return to port under its own propulsion, with local tugs on standby, will now be visited by maritime inspectors.

Further controversy has continued around the company as new accusations appear that it attempted to further reduce the wages of its seafarers. Many agency workers have refused to go back on the ships whilst the dispute continues.