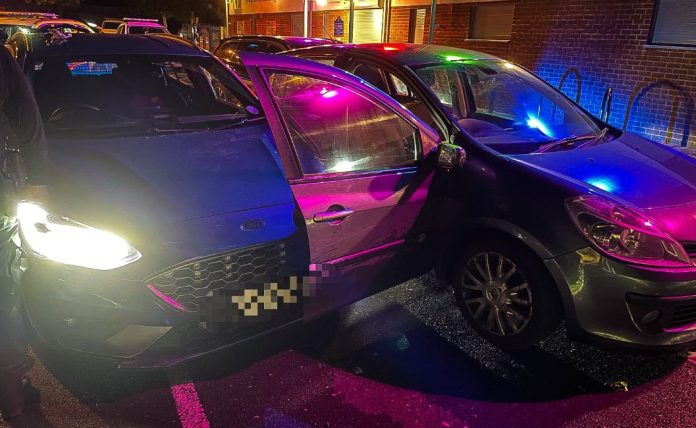 Within just two hours of a car being stolen in Swale on Saturday evening (24th September), Kent Police were on the trail.

Once the car had been located, a twenty minute high speed pursuit too place, as the police followed the Renault through Sittingbourne & Faversham. Swale police were assisted by Kent Police Roads Division and Kent Police Tactical Operations.

A stinger was used to slow the vehicle before the driver then drove himself into a dead end and was swiftly arrested.

The driver has been named as Billy Brazil, 30, from Barrow Grove, Sittingbourne. He has been charged with dangerous driving, failing to stop, driving while disqualified, driving without insurance and aggravated vehicle taking.

He has been remanded to appear in front of Medway Magistrates Court today.