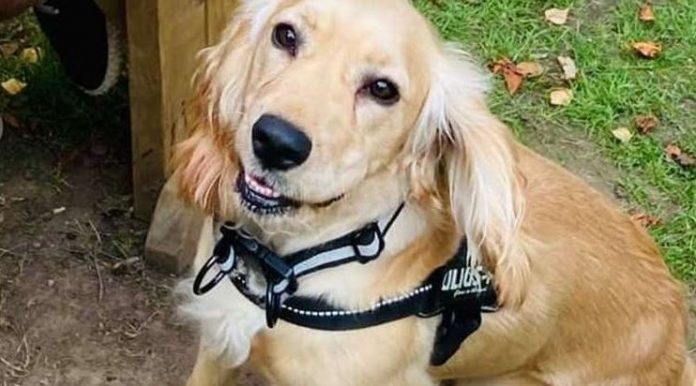 A family were jumping for joy over the weekend after their stolen dog was returned to the family home. The cocker spaniel called ‘Honey’ had been missing since June, after they believe she was stolen.

Yesterday evening, Cintia Gardner and her family were eating dinner when they spotted Honey, their golden cocker spaniel, sitting by their back door in Meopham. Moments later, Mrs Gardner received an anonymous call from someone instructing her to look in the back garden, before hanging up.

Mrs Gardner said: “No one was out there – it was very dark because there weren’t any street lights. We are over the moon. It’s almost like a miracle. The kids are extremely happy to have her back. Honey was very excited last night. She seems well – she’s been well looked after.”

The Beechwood Gardens family have no idea who brought the 21-month-old back or made the anonymous call. There had been fears that the dog had been taken my dog breeders, especially after 50 dogs were found at a travellers site in Orpington recently.

It is now thought that someone had taken in Honey, possibily after they found her wandering the streets on her own. They have possibly given Honey a new home before seeing a report on her missing. They were probably too embarassed to admit they had rehomed Honey, instead of reporting the missing dog to the authorities.

Mrs Cintia said: “The most important thing is Honey is back home with her family where she belongs.”