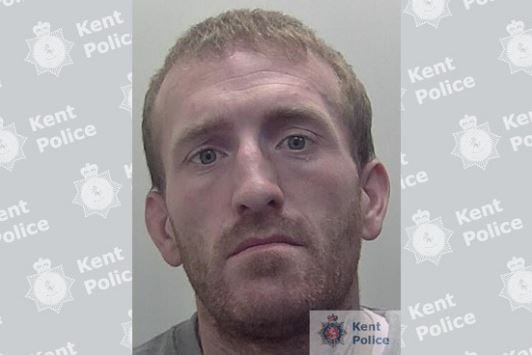 A thief who targeted several vehicles during the hours of darkness in Sittingbourne and Maidstone has finally been jailed.

He also broke into a domestic garage in Hollingbourne where he stole further tools and other property.

Following an investigation into the incidents, including the examination of CCTV footage at two of the crime scenes, it led police to arrest Shane Baker on 1st November. He was detained in possession of 13.6 grams of amphetamine.

While he was remanded in custody, officers continued their investigation into other offences for which he might be responsible. As a result he was further charged with two thefts from cars and nine counts of vehicle interference. All these were committed in Sittingbourne between 12 and 31 October.

Baker pleaded guilty to all the indictments at Maidstone Crown Court and on 20th July 2022, the 33-year-old was sentenced to a total of two years and six months’ imprisonment.

Officer in the case, PC Andrew Kendall-Weaver, said ‘This criminal is a prolific thief who has caused damage to numerous vehicles and stolen a considerable amount of property’.