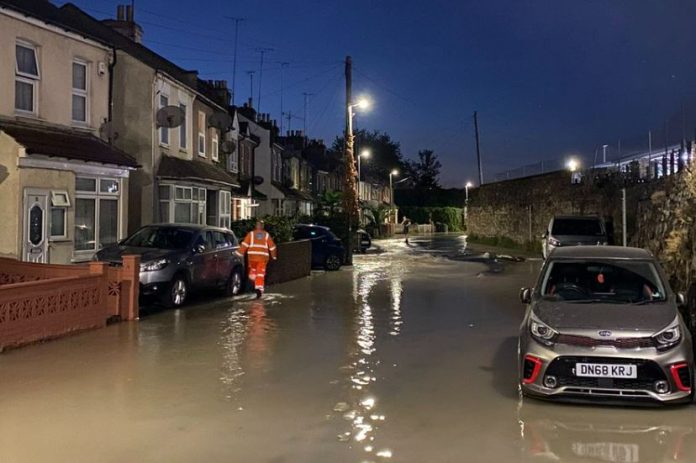 With the threat of a hosepipe ban looming, home owners in one street in Dartford were surprised to find it underwater last night.

Residents of Priory Road and Victoria Road were affected by the burst pipe last night, when thousands of gallons of previous water escaped. A photo supplied by resident Graham Brown (@grahambrown999) showed a large area under water with some of it flowing up to peoples front doors.

Thames Water and the local police were in attendance to try and resolve the issue.

It would appear bad news for locals as Thames Water has since stated that it may take up to two weeks to fix the broken pipe. At least there is no danger of anyone in this road breaching the hosepipe ban.

Water companies have been claiming that the heat wave has been causing a lot of movement in the ground, which is causing a number of bursts.