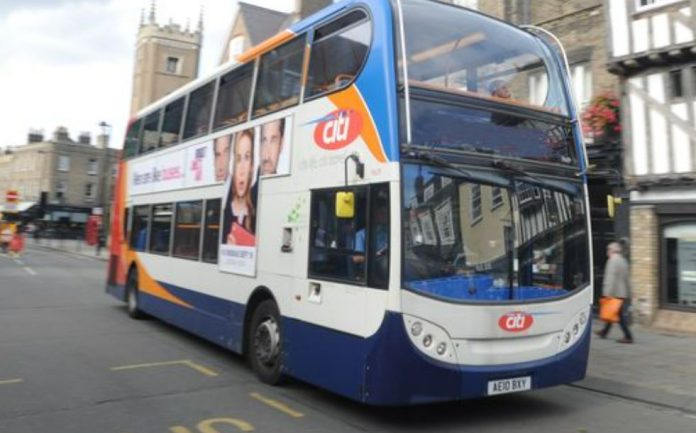 Kent Police have confirmed that a teenage girl was molested on a bus in Ashford on Tuesday 10th May.

The police have said that a 19-year-old man was arrested on Tuesday on suspicion of sexually assaulting a teenage girl on a bus in Ashford and remains in custody. The police are unable to comment on the personal circumstances of people who are arrested.

It is believed that the man arrested is an asylum seeker who was residing at the local Holiday Inn hotel, although the the police will neither confirm or deny this.

Locals have been warned not to allow young girls to travel alone outside of mainstream school hours due to the risks.

It has been reported that the man approached the girl on the bus and asked for her phone number. When she gave him a false number, he rang the number to check if it was correct. he then proceeded to harass her until she gave him her real number. He then attempted to hug and kiss her.

Apparently there have been a number of incidents involving groups of asylum seekers harassing girls and young women. There are major problems not only in Ashford but throughout Kent.

If the advice from police is correct, then we are heading towards scary times. Women should feel safe and protected, not told to stay at home or only travel at certain times.

By the police not revealing details of the person arrested, it is only natural for people to assume the rumours are true and it is indeed an asylum seeker. If this is true, then we demand answers as to why our towns are no longer safe. If it is not true, then it is unfair for asylum seekers to be tarnished with this accusation, when some of them may genuinely be decent people seeking safety and a new life.

It is about time that our Government put the British people first and look to protect us.