HomeTravelThanks To Those That Helped The Stranded Truckers In Kent
Travel

Thanks To Those That Helped The Stranded Truckers In Kent 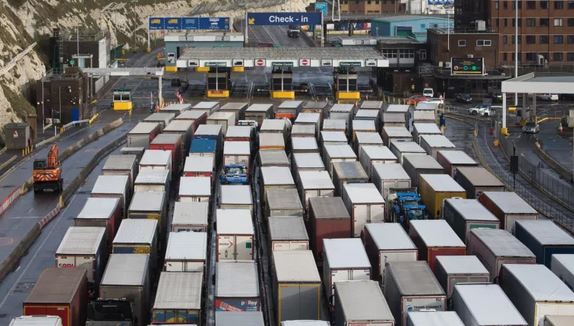 When the French authorities closed the borders to the UK due to the new strand of Coronavirus just before Christmas, it left thousands of lorry drivers stranded in Kent.

Despite some vehicles being moved to Manston airport, where some basic facilities were provided, less fortunate drivers were left on their own in their vehicle cabs.

Many people, businesses and charitable groups came to the rescue, providing food and facilities to help those in need at Christmas. Kent police were at hand during the whole time to assist the stranded drivers.

Medical teams were sent to provide support and rapid COVID testing, in order to get the drivers back across the Channel into France. Soldiers from 1st Bn The Royal Gurkha Rifles worked through New Year’s Eve as part of the operation.

After the COVID19 testing for hauliers at Dover was completed, the UK Armed Forces supported local charities by distributing the excess supplies to local communities.

Polish Ambassador to London Arkady Rzegocki said “I would like to especially thank all Polish, UK, & French medical staff for their overnight hard work and effort of testing thousands of lorry drivers stranded in the @Port_of_Dover to get them home to their loved ones”.

Those who helped by providing food included Khalsa Aid, a Sikh organisation who provided over 6,000 meals. They provided plenty of curry, which may not have been the perfect food for those stuck without toilet facilities, but it surely kept the drivers warm and with full bellies.

The Holiday Inn in Hothfield opened its doors to the stranded truckers as many locals donated money to allow drivers to use the hotel’s facilities. Ashford’s Abbie Spicer, 22, was one of the instigators of the donation campaign and she thanked everyone who made a donation.

The villagers of Mersham also got involved, as they lowered food and supplies from bridges over the M20 to drivers below. Thankfully, none of the ropes snapped as they lowered the bags of food, so no-one ended up squashed under tins of baked beans.

Other locals from Kent also came out to assist the drivers, providing food and supplies to those in need. Some even decided to sing songs from bridges over the M20 to give joy (and a wake up call) to some of the bleary-eyed truckers below on Christmas Day.