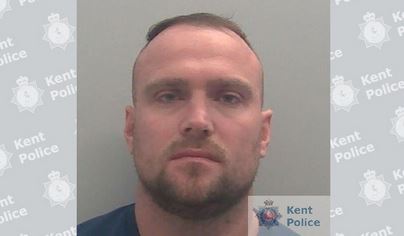 A thief has been jailed for over than two years after tobacco was stolen from shopkeepers visiting wholesalers in Rochester and Gillingham.

Cash and goods worth around £14,000 were stolen during a series of separate offences, which took place between 15th December 2019 and 20th January 2020. The thefts were investigated by the Chief Constable’s Crime Squad.

Archie Ripley, 26, of McKillop Way, Sidcup, and Henry Ripley, 58, of Powerscroft Road, Sidcup, will be sentenced for their roles at the same court, on a date to be determined. Archie Ripley has previously admitted conspiracy to steal, with Henry Ripley found guilty of the same charge following a trial.

The shop keepers were targeted after they visited two tobacco wholesalers, based in Courteney Road, Gillingham, and Laker Road, Rochester.

The first incident took place on 15th December 2019 and saw cigarettes and tobacco, worth just under £1,000, stolen from a shop worker’s car.

The second offence took place on 19th December as the victim was searching the boot of their car. The offender approached them from behind and snatched a bag of money, which contained more than £2,000.

On 23th December, around £4,660 worth of items were also stolen from a van after a shopkeeper purchased goods and briefly left his vehicle unattended, when he returned to his shop in Chatham.

A different victim was targeted on 10th January 2020, after they were followed back to their shop in Strood. Upon parking at their business, a man exited the vehicle that had been following the victim and walked towards them. He then opened a passenger door to grab tobacco worth £3,000 and a separate bag that contained £2,000 in cash.

The final theft took place on 20th January, after the victim bought tobacco worth £3,500 from the Gillingham location. While he loaded his van, a man approached the vehicle and snatched the items.

Henry and Archie Ripley were arrested less than two hours after the final theft took place. They were detained after officers quickly identified a suspicious Ford Fiesta and pulled it over in Powerscroft Road, Sidcup.

Detectives from the Chief Constable’s Crime Squad were then able to establish that mobile phones belonging to Nelson and Archie Ripley had been used at the scene of each offence.