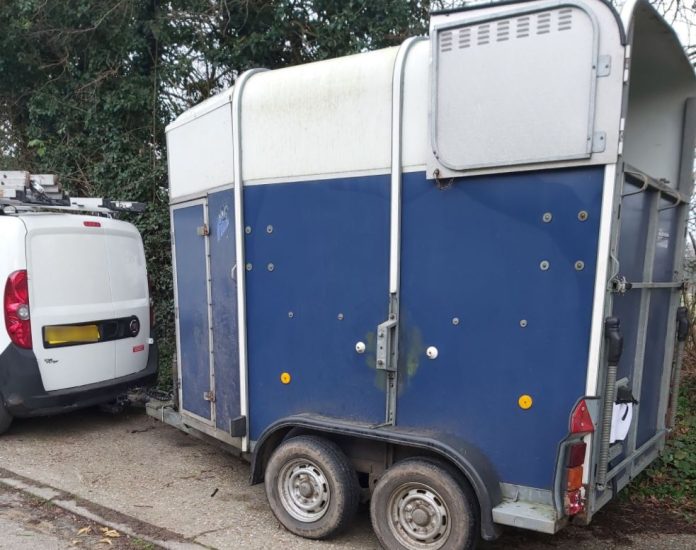 Two suspected thieves have been caught in the act during their attempt to steal a horsebox.

Kent Police was called to a report of a theft in progress in Sychem Lane, Five Oak Green, near Tonbridge at around 1.45pm on Monday 10th January 2022.

It is alleged the suspects were using an angle grinder to remove a security mechanism on the horse box.

Officers from the Tonbridge and Tunbridge Wells Local Policing Team attended and located the suspects as they were attempting to leave the scene. The horsebox had been hitched to their van.

A 52-year-old man and a 33-year-old man, both from the Surrey area, were arrested and taken into custody. The van was also seized.

Work is ongoing to identify the owner of the horsebox and both men were later released pending further investigation.