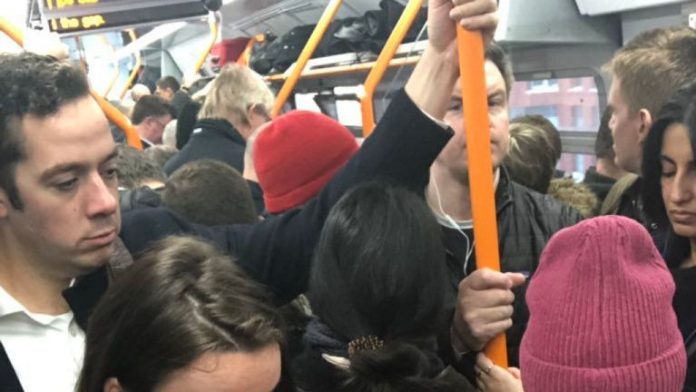 As a New Years present to their loyal customers, train operators have again increased ticket prices above the rate of inflation. This year sees a rise of around 2.7%, which is near to last years rise of 3.2%

As if workers were in a good mood already, having to return to work in January is never a good thing and a more expenisve ticket is not going to impress anyone.

Although retail workers were back in on Boxing Day, the majority of City staff went back to work today, which is also known as “throw-up Thursday”. This is not only because most people feel sick at having to return to work, but a lot of people will call in sick after an enjoyable New Year party.

for the prices paid for train tickets, we expect a decent service

As an example a travelcard from Maidstone to London has increased by £150 to £5,510. Now £150 over 12 months does not seem a huge difference, infact it is only £12.50 more per month. But this 2.8% increase, on top of last years increase all adds up to an expensive service. If your train service is no better than last year then communters will find the increase hard to justify.

Some of the most expensive train tickets in Kent are the high speed services. To travel from Canterbury to London now costs £7,583 per year, which is a rise of £208. This is a huge amount of money and a large proportion of someones income.

Commuters would like to see where this money is being spent. It is all very well to keep increasing prices, but the services should at least remain the same standard or get better. Train operators need to give more visibility if customers are going to understand where their hard earned money is being spent. Trains are not cheap to run, but to just keep increasing the prices at the start of each year with no justification is going to frustrate Kents commuters even more.