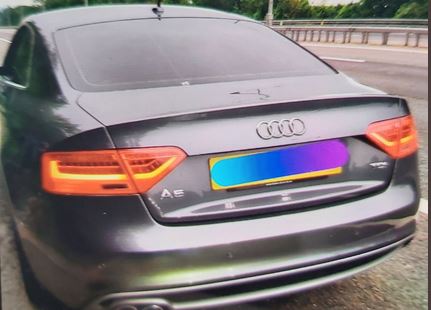 An uninsured driver has been caught speeding after overtaking a police car on a Kent motorway.

The driver went past an unmarked police car whilst doing 102mph. He was stopped by police on the M20 between junctions 1 and 2.

The male driver was not on the insurance of the silver Audi A5, had no cover of his own and was also only holding a provisional drivers licence.

will anything happen other than a minor fine? Doubt it!

Some people to see the news of the car being stopped have said they want to big penalties for the driver involved. It is a blatant crime and also dangerous for other road users. Some fear that the driver will only receive £100 fine and get 3 points.

Kent Police have responded by confirming “This will now result in a trip to the magistrates, from here it is in their hands”.