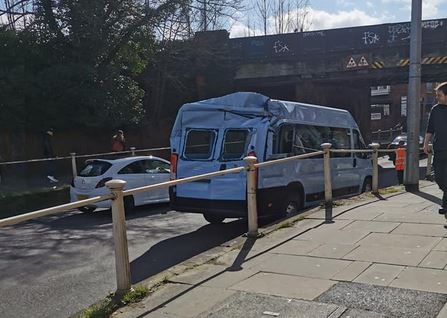 A brand new van on the back of a car transporter has hit a railway bridge outside Canterbury. It was reported that the van was knocked off the back of the lorry and fell onto the road, just missing other road users.

Trains into Canterbury were stopped whilst the low bridge was checked for any damage. The road has since reopened and trains are now running.

It is unknown if the damaged van had already been sold to a customer or if it was heading to a forecourt ready for sale – but if it was, it is now being described as a second-hand van with a few small scratches!

- Advertisement -
Facebook
Twitter
Pinterest
WhatsApp
Previous article
Coronavirus Based Scams On the Increase
Next article
Autistic Son’s Missing Cat Causes Him To Have A Panic Attack.