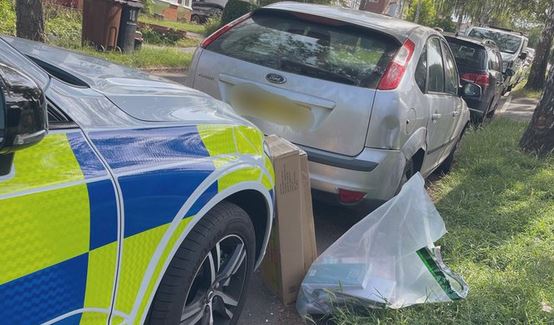 The silver Ford was pulled over by the team and searched. Much to the police’s surprise, more stolen goods from another theft that they had just committed were found inside the car.

The three occupants in the vehicle were arrested and taken to the local police station for further questioning.