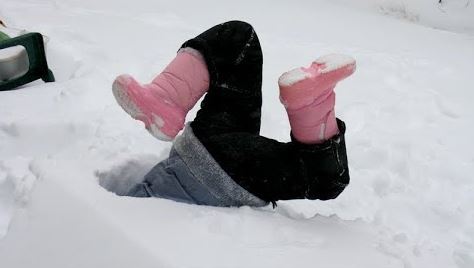 Many people woke to a covering of the white stuff as higher areas of the county, such as Detling Hill, near Maidstone, as well as parts of Ashford were affected.

The Met Office has issued a yellow weather warning for heavy rain and snow in the county. The alert is in force until 10am and forecasters say the downpours are likely to cause travel disruption and flooding.

There have already been several road accidents this morning, including a jack-knifed lorry closed the M20, as stupid people forget how to drive according to the road conditions.

With many people still working from home and schools closed, some are saying this is a good year to enjoy some snow, without having to worry about making the commute to work. Those currently sat in a traffic jam on the M20 would say otherwise!