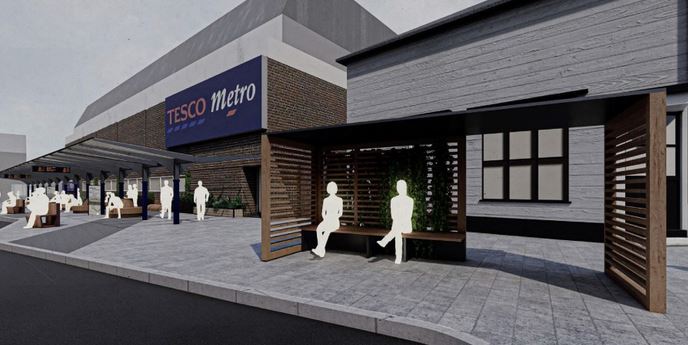 Kent County Council have announced that work is due to begin on a new £2.5million bus interchange in Gravesend. The KCC has revealed its plans to improve the transport connections between rail, bus and bike and link-in with the Rathmore Road scheme.

The improvements in Barrack Row and Garrick Street include:

Construction is due to begin on June 14 and is expected to be completed in early 2022. The construction company is FM Conway based in Sevenoaks.

KCC Cabinet Member for Highways and Transport David Brazier said: “As Chairman of the council in 2018, I was delighted to officially open the new Rathmore Road and now I am gratified to see the final phase of our vision in improving the transport interchange at Gravesend. By improving the transport infrastructure, we’re aiming to reduce congestion by making sustainable transport a real alternative to the car.”

It would appear that Tesco Metro have also managed to snag plum position in the middle of the bus interchange too, for all your travel based snack requirements. They must be selling ‘Peckham Spring water’ or ‘Ready Brek’ as all the people in the artists impression appear to be glowing!!