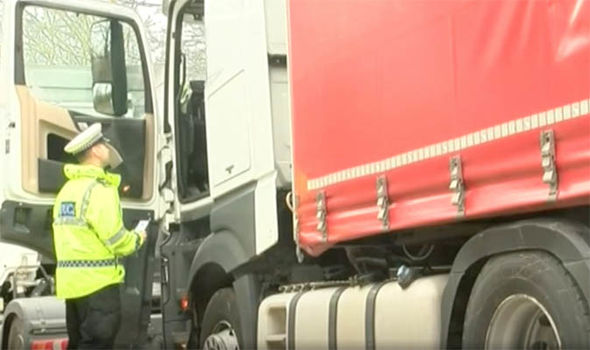 It has been confirmed by a report that speeding foreign drivers are avoiding fines on UK roads. There have been over 900 foreign vehicles that have been recorded speeding on the Operation Brock section of the M20, where a 50mph restriction has been in place since April.

Information released by police under the Freedom of Information Act has shown that 944 vehicles were not given fines as police say it is not possible to trace the ownership of the vehicle. A standard fine for being caugh speeding is £100.

We covered this particular issue at KentNews.Online less than a week ago as we reported many foreign vehicles were ignoring the speed restrictions. It is interesting that this has now been backed up with official data.

The police have said that there is no legal route to pursue fines outside of the UK borders. Presently the only way that police can address this is to enforce on-the-spot fines or to use a ghost licence where penalty points can be recorded until the vehicle returns.

The main issues are that not only is it virtually impossible for road traffic officers to fine drivers for exceeding an average speed over a distance, as there is no way for them to record it. The ghost licence issue is also in question as although the police describe it as an option, there is no sign of it actually being used.

What has infuriated the people of Kent is that these foreign vehicles are allowed to break our road laws, creating safety issues and causing accidents. Yet it seems they are almost immune to the fines. As we live in a digital age, isn’t it about time that the fines could be relayed to our ports in real-time, so the offenders can be aprehended before they leave the UK. With ANPR (registration number recognition) in full use, most vehicle movements are already being recorded and monitored.

Whilst the fines for the M20 portion only equate to £94,400, this probably would not be enough to implement such a system. But if you scale it across the whole of the UK and include toll roads, such as the Dartford crossing, then the system would being to pay for itself. Not only would it bring in regular revenue, but it would help to make our roads safer and ensure the laws of our roads apply to everyone, not just for those that live here.