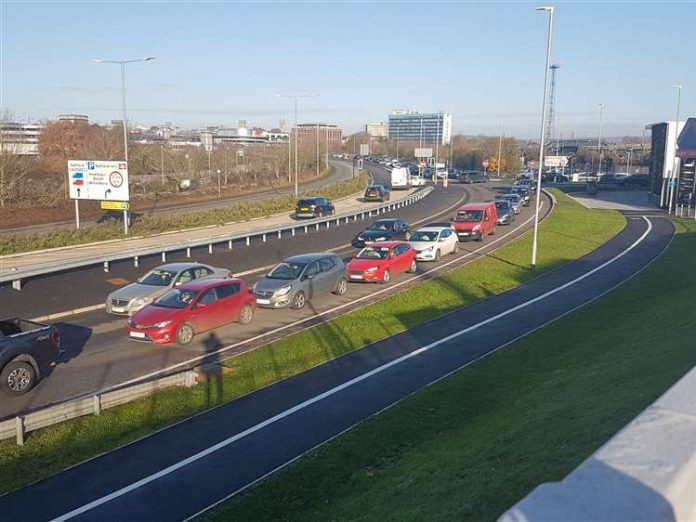 There were large traffic queues reported from early Friday and across the weekend as people ventured out to try and grab a bargain. For most, the bargains never materialised which is quite standard with sales promotions.

It is unfortuanate for some who were just passing the Outlet, but were not shopping as the traffic extended for miles.

Instead of saving money, all I saw was the backend of the car in front

Some are blaming the Retail Outlet itself for bad planning and management. they say the owners just want encourage as many people to visit as possible and that they do not care for the locals. Additional parking was made available at the old train station but it did little to alleviate the problems.

One motorist who was asked his thoughts, said “nightmare” before his row of queued cars moved forwards. Another motorist was heard swearing after they managed to find a parking space, only to realise they did not have enough spare change for the parking meter.