HomeTravelBritain Pay France £54m In Migrant Crisis To Do Nothing
Travel 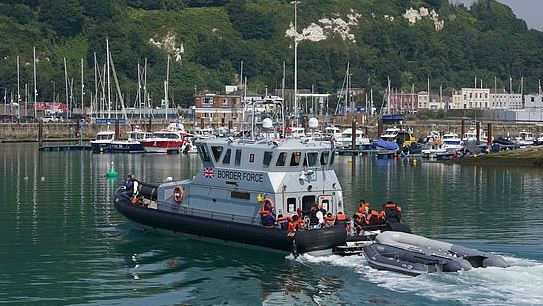 Home Secretary Priti Patel and the UK Government have given France £54 million in funding to help stop the flow of migrants coming to the UK.

The money will be used to fund just two officers per mile per day in France – 200 over 85 miles – to stop boats leaving the shore. This is in addition to £54 million that Britain have already paid to France to fund resources on the French coastline.

After accepting the payment, France then admitted it will continue to refuse to turn back migrant boats on their way to Britain.

Calais MP Pierre-Henri Dumont revealed ships would not intercept the small vessels but would let them sail through. He said it was not their job to prevent passage under maritime law and said they would only be approached if they asked for help.

Mr Dumont said ‘If they are small boats trying to cross the sea and migrants are not asking for help, we are not supposed to intervene. ‘It is not forbidden for people to be at sea. We have no legal basis to intervene when they are in French waters at sea.’

Surely maritime law also allows us to prevent people entering our territorial waters unless authorised? We should be turning the boats around and sending them back towards France, not offering a free taxi ride into Dover.

Some Tory MP’s have said that their own Government is being ‘fobbed off’ by the French authorities. This is something the Great British public could have told them a long time ago.

Ms Patel said: ‘I have absolutely discussed directly with my French counterpart.’

Ms Patel – you appear to be completely out of your depth with this issue, and the French are running rings around you like they are with their little boats, whilst you still believe you are in a strong position to negotiate with them.

It would seem that we are stuck with a Home Secretary that is not tough enough to protect Britain – along with a Prime Minister who never acts to remove people from their roles, no matter how poor their performance or how much trouble they manage to get themselves into.