HomeSportVictory For Kent Kings Who Go Out Of Cup
Sport 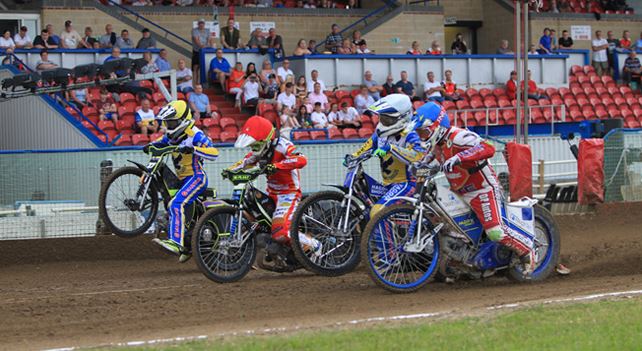 There were smiles all round at Kent Kings Speedway team last night as they defeated rivals Eastbourne Eagles 49-40 in the knock-out Cup.

Three riders led the way for the Kings, they were Scott Nicholls, Kyle Howarth and Dan Gilkes.

Sadly for the Kings, this was the 2nd leg of the match and they lost overall on aggregate score: 81-98. But last night was a fine result for the team as they look to return to winning ways.

The team are currently bottom of the league table, but this result has shown the team can compete against other sides in the division. Some may argue that Eastbourne already had a commanding lead in the tie, so were not riding at 100% but this was still a fantastic victory.

Their next match is a Championship League fixture versus the Poole Pirates on Tuesday 27th July at 6.30pm.