Cars Stranded On M26 After Flooding 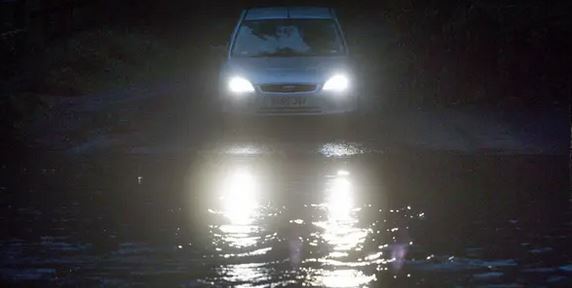 A number of motorists found themselves stranded on the M26 last night as Storm Aurore hit the country.

Up to 2 inches of rain fell on the South East of the country, with 120 homes affected in Essex.

Much of the South was under by an ‘amber’ warning for rain into the early hours of this morning, although the UK appears to have avoided the worst of the impact, where 105mph were recorded in Northern France.

Police were called to the M26 just after 10.30pm last night to help a number of stranded drivers. Police officers had to clear nearby drains and tow cars out of the flooded road.

Forecasters predict there to be more persistent rain over the weekend, with the heaviest rain expected in western Scotland, where up to 2.4in (60mm) could fall in 24 hours, while Northern Ireland, northern England and Wales could get 0.8in (20mm). Luckily the South East appears to get off lightly this weekend, although some rain is forecast on Sunday.

Flooding is likely in multiple areas along the River Darent, particularly to low land near the river between Westerham and Otford.