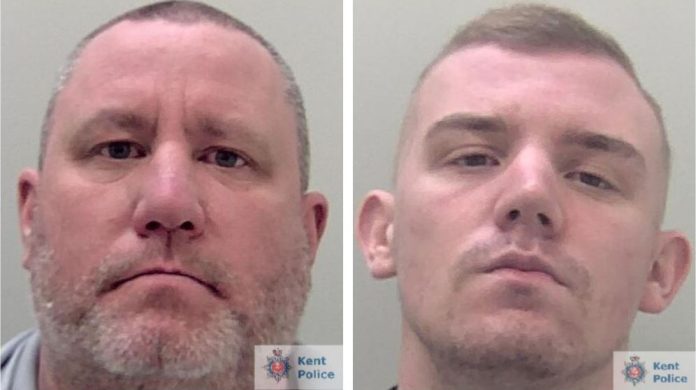 A father and son have been jailed after six kilograms of cocaine were discovered during targeted police searches in Medway.

David and Lewis Squires were arrested earlier this year following a series of search warrants which also uncovered a hydraulic press, used to compact the drugs into large blocks.

The warrants were executed on 5th March 2021, as part of enforcement by the Kent and Essex Serious Crime Directorate.

Officers attended the Squires’ home in Chorister Crescent, Hoo as well as a linked property in Ranscombe Close, Rochester and a garage off Seagull Road, Strood.

Drugs were detected in various quantities at all three locations, the vast majority discovered in a safe at the address in Rochester.

The hydraulic press was found inside the garage in Strood.

Around £100,000 in cash, as well as designer watches and clothing, was also confiscated during the search warrants.

David Squires, 44, and Lewis Squires, 21, both pleaded guilty at Maidstone Crown Court to being concerned in the supply of cocaine, and possession of criminal property.

Judge Philip Statman sentenced them both on Friday 15th October, stating ‘The supply of cocaine is a curse of the modern age. It brings decay and degradation. It destroys families and communities.’

The court had heard that David Squires played a leading role in the criminal enterprise and he was sentenced to eight years’ imprisonment. Lewis Squires received two years and six months.