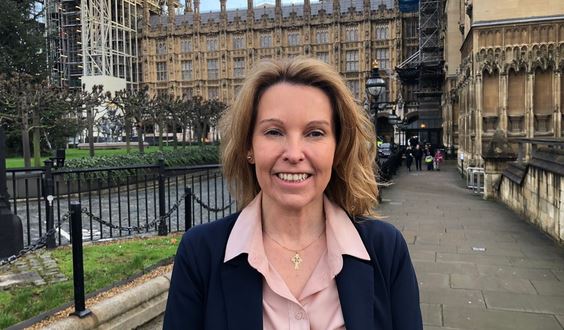 Dover and Deal MP Natalie Elphicke has been criticised after a comment about Marcus Rashford’s penalty miss was made public.

The comment, which was sent to fellow MP’s which said ‘They lost – would it be ungenerous to suggest Rashford should have spent more time perfecting his game and less time playing politics’.

Rashford was one of three England players who missed penalties at the end of the European Championship Final match on Sunday.

Mr Rashford was involved in a high-profile campaign in 2020 over the provision of free school meals. Prime Minister Boris Johnson was eventually forced into a U-turn over the issue and Marcus Rashford was awarded an MBE as a result of his work.

The Dover & Deal MP, who was elected in 2019, apologised after the message was discovered by GB News. She said “I applaud the England team who gave their all in Euro 2020. Last night I shared the frustration and heartbreak of millions of other England fans. I regret messaging privately a rash reaction about Marcus Rashford’s missed penalty and apologise to him for any suggestion that he is not fully focused on his football.”

More like she had to apologise because she got found out. Large slice of humble pie for Natalie please!

Labour’s deputy leader Angela Rayner, decided it was too good an opportunity, not to be missed (unlike Rashford’s poor penalty), to stick the ‘literal’ boot in to a Tory rival, commented “While the country was commiserating [with] our great team, Tory MP’s were sneering at the inspirational players who stepped up to feed hungry kids when they voted to leave them without food.”