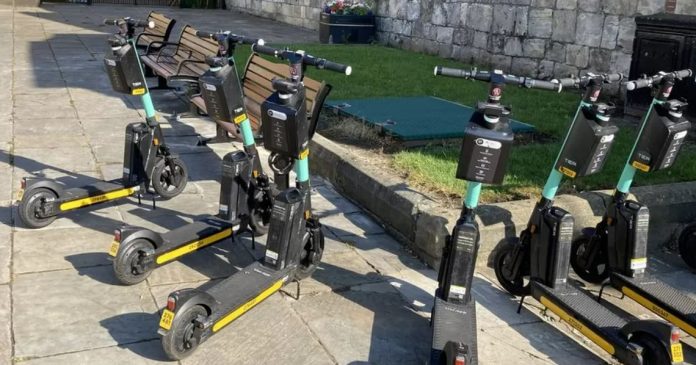 Councillors in Canterbury have voted to ban eScooters from roads from 1st December 2022. The Councillors reject plea to extend pilot scheme before someone was seriously hurt.

The change came after an 80-year-old grandmother broke her wrist and cheekbone and cracked her jaw in July after being hit by someone riding an eScooter.

The trial was launched in Canterbury, Kent, in November 2020 for an initial year and has twice been extended despite public safety fears.

Kent County Council have now rejected an offer from the Department for Transport to continue the trial until May 2024 – almost two years longer than its current end date of 30th November this year.

From 1st December there will be no legally ridden e-scooters on Kent’s streets, as they are only permitted on public highways as part of government-approved trials.

Transport councillor David Brazier, who has been in charge of overseeing the trial said ‘As we were nearing the end of the trial, I decided to truncate it before someone was seriously hurt. Recently an elderly lady was quite seriously injured by one being ridden on a pedestrian area which was not allowed.’

it encouraged more people to buy an e-scooter, even though they are not allowed to legally ride it on the pavement or road

Mel Dawkins, a Canterbury Labour councillor, said ‘E-scooters are a great idea if ridden safely and there is the proper infrastructure in place too. Until Canterbury has improved its active travel package for pedestrians and cyclists throughout the city, it makes it hard to carry out this scheme successfully and safely’.

The eScooters are operated by a company called Bird. There has recently been a reduction of the electric scooter speeds from 15mph to 12mph, and Bird also changed their rider policy to introduce an immediate ban for any misdemeanour, but it was not enough to save the trial.

Only a number of routes had been authorised for use but riders had been using routes that were not permitted by the official pilot.