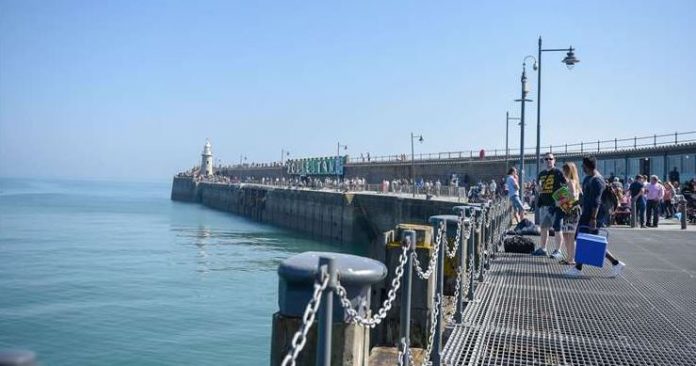 The list is said to have been based on a document compiled by Public Health England, ranking the 20 councils with the highest current rate of positive COVID infections.

Both Folkestone and Ashford are shown to be areas of medium concern, with Leicester the only area currently shown as high concern.

As with Leicester, many of the places of concern have large South Asian populations and are seen as areas of deprivation. Both factors – large ethnic populations and poverty – are officially recognised as being linked to greater spread of the virus.

The towns are listed in a ranking table of ‘local authorities of interest’ based on testing data between June 21 and July 4.

Council bosses fear Leicester-style total lockdowns, which have resulted in all but essential shops being closed, pubs and restaurants prevented from opening, and children sent home from school. Ashford would be especially difficult to put into lockdown as it is a central hub for many smaller towns.

According to data released yesterday, 43 authorities in England have suffered a spike in Covid-19 cases in the past week. Bromley and Islington also suffered massive spikes, with outbreaks in the London boroughs increasing from 0.6 to 2.1 and 0.8 to 2.9 cases per 100,000 people, respectively.