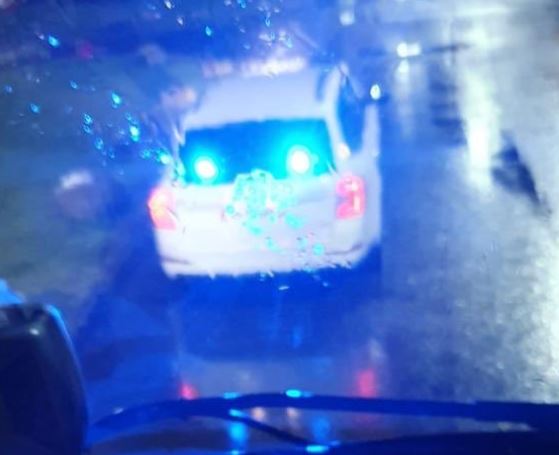 Law abiding motorists will be cheered this morning after Kent Police posted an update advising they stopped a HGV on the M20 last night. The driver was stopped after he flashed the unmarked police car in an average speed area.

The tweet, posted at 8.36pm said “Tonight’s view brought to you from the cab of an HGV who flashed an unmarked Police car whilst trying to exceed the speed limit through the roadworks at Jt10 M20 (whoooops)”.

more action needs to be taken to stop this behaviour

Whilst we can all take some reassurance that this menace was caught in the act, there are not further details if the vehicle is registered in the UK or abroad.

The police do not mention if the driver was fined on the spot or given a ticket. There has been a spate of speeding HGVs on the M20, but it is known that it is difficult to penalise foreign registered vehicles.

The people of Kent are asking for tougher laws to be implemented for this kind of dangerous driving. It happens all the time on Ketns motorways and a small fine is not going to stop it from happening. A lot of accidents happen with HGVs and people are avoiding the motorways because they do not like HGVs forcing them to speed.

Whilst we can be happy that this particular driver got a swift surprise, lets hope they enforced the full force of the law. In the meantime, we need our MPs to push for ways to get foreign vehicles to follow the UK road laws or ban them from returning.