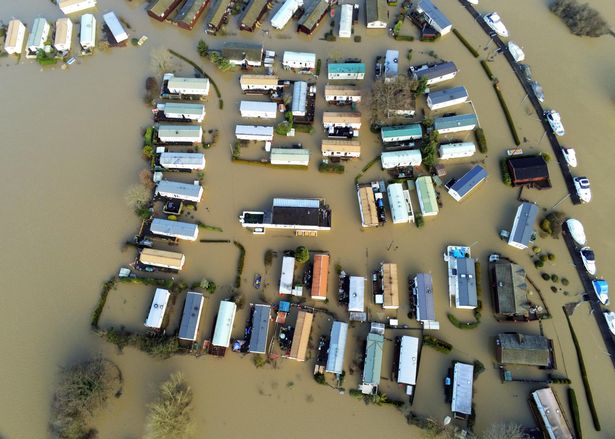 The Little Venice Caravan Park has been completely flooded after Storm Dennis. The River Medway finally burst its banks and left the park under deep water.

Residents were hoping that they would not be replicating the events of the real Venice, after the Italian City was flooded in late 2019. But the rising water of the Medway had other ideas and once again they found themselves cut off.

To everyones delight, Maidstone Borough Council issued a flood risk update. A spokesman said: “With both a flood warning and flood alert remaining in place on the River Medway between Maidstone and Yalding and Lower River Medway this afternoon, the Borough Council emergency planning team continues to work with the Environment Agency and partners to monitor the situation as it has done across the weekend”.

little venice is in danger of being washed away

“Sandbags were made available and road closures were put in place in several areas. During the weekend a voluntary evacuation was carried out at the Little Venice Country Park. However, it remains flooded and the water is not expected to dissipate for at least two-three days; until then residents are advised not to return to the site”.

Sadly, the few sandbags that were made available did not stop the River Medway from flooding the site. Not surprising really given the amount of water.

The poor residents have been advised not to return to the site for 2-3 days, which is no great consolation to those who live there. There is no mention of any alternative accomodation being made available to them, although the Council said it would assist them. We can only hope that these poor people are being looked after.