HomeNewsYalding and Little Venice Most At Risk After Storm Dennis
News

Yalding and Little Venice Most At Risk After Storm Dennis 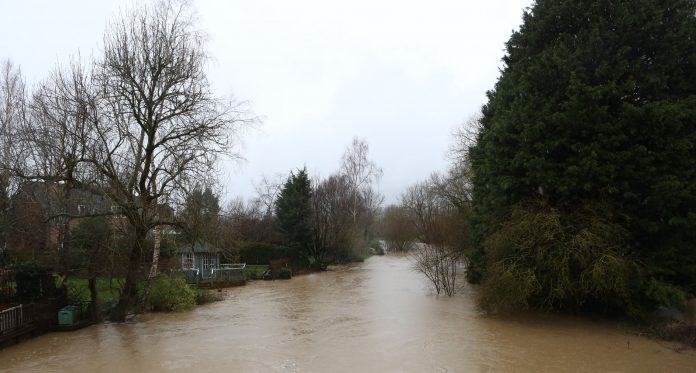 The county of Kent, as a whole, looks to have survived the second storm in two weeks relatively unscathed compared to other parts of the country, other than some minor flooding and trees uprooted.

The biggest fear was for the small village of Yalding, which suffers on a regular basis from the rising River Medway. One thousand sandbags were put in place yesterday and people were on standy to assist up to 1,000 people. Little Venice has also suffered with water from the river. One resident was heard saying “here we go again” as they are so used to suffering with the rising water. Another resident said “Blumin rain, I’ve had enough of it. I’m moving to Spain before I get webbed feet”.

Elsewhere in Kent, the River medway has burst its banks in Maidstone town centre. So far it is only the subways and underpasses that have been affected as well as some nearby open areas , but the river level is being monitored as more rain is forecast later today.

huge amounts of rainfALL has left some roads under water

There was minor flooding on the M26 sliproad which joins onto the A20, which closed the road for a short time. The A20 was also underwater at the top of Wrotham Hill, at a notorious spot for being water logged. Motorists were taking a chance driving through the water, but luckily non-one had got stuck.

In Tonbridge, Hunton Road, between between Green Lane and Pattenden Lane, has been closed due to carriageway flooding. It has been noted by many people tha tthe drains seem unable to cope with the amount of water, but this is partly due to winter leaves and branches blocking them.

Even with the minor amount of rain that occurred on Saturday, water was seen across the roads as it was unable to drain away. Kent County Council needto be more prepared and clean the drains before a big winter storm happens. It is not acceptable for the drains to remain blocked and have dangerous driving conditions with large areas of standing water. Motorists need to adjust their driving to cope with the conditions, but road drainage should be maintained on a regular basis.