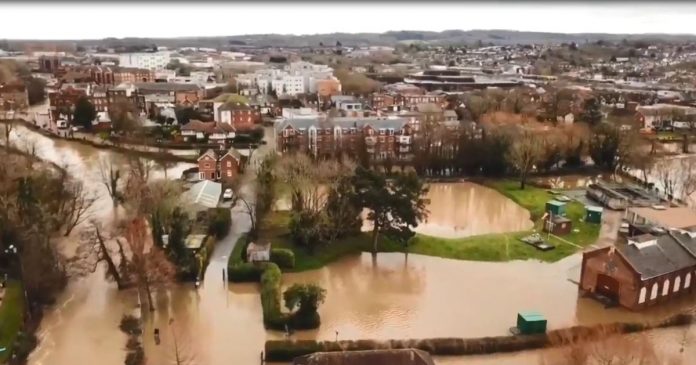 A struggling business owner in Tonbridge has complained about loss of customers at his Nancy’s Tea Rooms due to the Southern Water pumping operation in place around his cafe.

Robert Wye and his wife Louise own Nancy’s Tea Rooms, which is situated behind Tonbridge High Street. The business has been surrounded by pumps and pipes since before Christmas.

The public right of way is blocked in two places across from the Lambert’s Yard car park and the pathway near Mr Wye’s cafe.

Tonbridge has a history of flooding and the pumps are in place to try and prevent this. A spokesperson from Southern Water said “Our pumps were brought to site to help protect that part of town. We are currently keeping some equipment on site as a precaution because river levels are still high. Thanks for letting us know the cafe is open, I will tell the lads to pop along for a bacon sarnie”.

Mr Wye says that his customers have dropped by half at Nancy’s Tea Rooms as they do not think the cafe is open. They may need to begin using a bigger “We are open” sign. The couple say they have “never seen anything like this before – apart from last year and the one before that…”. Perhaps they need to start selling water biscuits or Banana boat desserts!