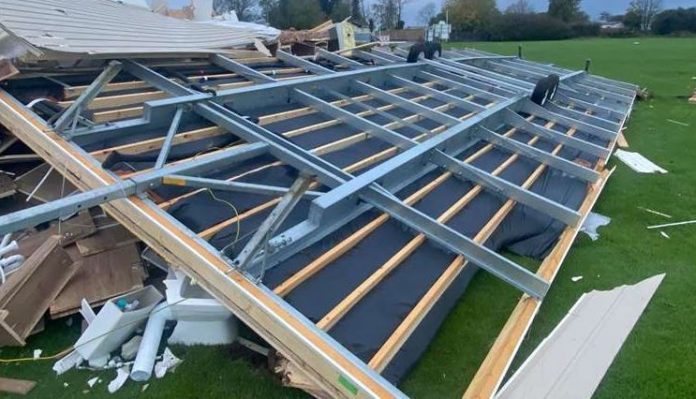 Several holiday homes have been destroyed as high winds swept through holiday parks in Eastchurch, on the Isle of Sheppey over the weekend.

The high winds hit the Sunnymead parks at Eastchurch Holiday Centre at about 8.30pm, with a tree falling on the roof of two caravans and tearing the roof off another. Thankfully no-one was in th caravans at the time and no injuries were reported.

At nearby Palm Tree Holiday Park, residents helped the clean up operation after two caravans were flipped over by the high winds. What were they fastened to the ground with…..string??

She added “One poor woman arrived this morning to find a tree laying on top of her caravan. You could tell it was windy because the caravan was rocking while I was inside”. You couldn’t just open the door to see that it was windy?

Eastchurch Holiday Centre said: “Due to the very high winds last night, there has been some damage. The maintenance men are going round and doing what they can.” If your caravan has been completely destroyed, then that is probably a bit of an understatement.