Is Serious Crime On The Rise? 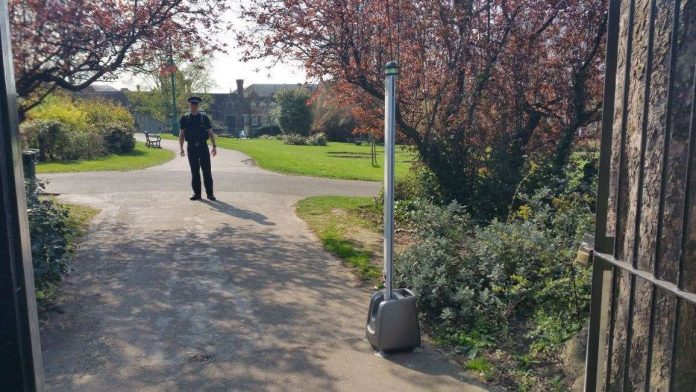 There is a concern that serious crime and knife incidents are on the increase in Kent.

Last Friday a man in his 20s was robbed and knocked unconcious in Brenchley Gardens in Maidstone. Brenchley Gardens have a reputation for being the location of the homeless and drunk and people are being warned not to walk through the gardens on their own.

Yesterday, teenagers were robbed at knife-point on a train. They boarded the train at Otford and were set upon by a group of older youths and told to hand over their bags and valuables or they would be stabbed. They managed to get off the train at Eynsford and called the police. There was also been a spate of robberies in and around the Bluewater shopping centre recently.

Knife crime is on the increase across the country, especially in London. There is a fear that those behind this crime are now moving further afield and it is now in our towns in Kent.

brenchley gardens has become a no-go zone due to crime

Earlier this year, 37-year-old Wesley Adyinka was stabbed to death outside his home in Knightrider Street, while there were separate stabbing incidents in Tonbridge, Ramsgate and Herne Bay recently.

Police installed a ‘knife bar’ at Brenchley Gardens which acts like a metal detector and scans for large metal objects such as knives. The problem is that it is not a permanent installation and requires police to actively stop people at the park gates. This is a short-term deterrent but it is not in use 24 hours a day.

There have been gangs of youths at Bluewater who are stopping individuals and stealing their mobile phones and wallets. They target people on their own, so that they are simply outnumbered and vulnerable. On some occasions a knife has been drawn to intimidate the victim.

Is this crime coming from London or is that a rise in gang-related violence? Our society is becoming more unsafe but this is assited by the decrease in the police on our streets. The police are now in such short supply that the public never see a ‘bobby’ on the streets any longer. Whilst this is the case, opportunist crime will continue to increase and is a threat to all of us.