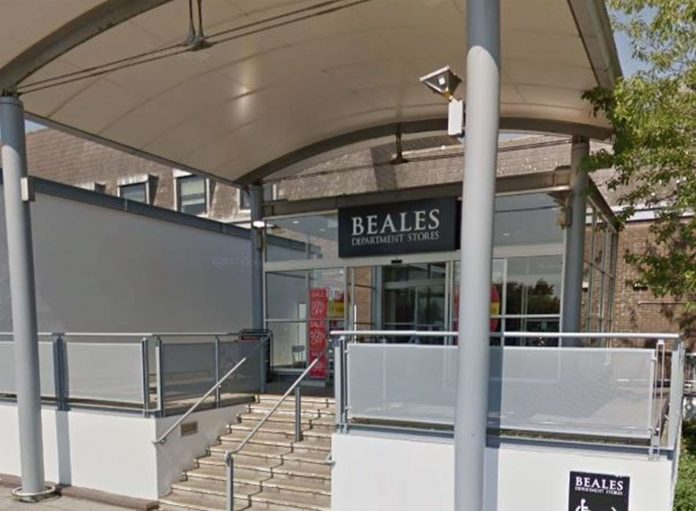 The largest department store in Tonbridge is said to be in financial trouble. Beales, which is based at the rear of the Angel Centre faces closure if the administrators are brought in.

The store is one of a chain of 22, has its head office in Bournemouth and began trading in 1881. It faced similar issues a few years ago and was part of a mangement buy-out. It has not fared well since and is now urgently looking for a new buyer.

If a buyer is unable to be found, the shop could be closed for good. It is another department store that is facing closure after the recent falls of BHS and Debenhams. A lot of high street shops are facing difficult times and Beales could be another big name to be added to the list.

beales has been a part of tonbridge shopping for many years

Although Beales offers a huge array of products, perhaps their offering is spread too thin so they are masters of none. For instance, they still sell a range of toys, but as it only has a small amount of display area, they cannot stock a large selection. Shoppers like to have a full choice so will tend to go to a specialist toy shop.

Beales shares some of the Angel Centre building with Sainsburys. Rumours that Sainsburys were overjoyed at the news, so that they can expand their shop are said to be untrue. As soon as a company indicates they may have to bring in administrators, the vultures begin to circle. What Beales will not want is a rescue group to come in with an offer and then the whole thing falls apart in a few years time, which is exactly what happened to House of Fraser. They need a company that can offer a strong investment and a plan to take Beales forward as a viable business.

Beales ‘Tonbridge’ was purchased from Bentalls in 2001, after the Bentalls group was purchased by the Fenwick group, and has been a stable on the Kent High Street since. It would be a big loss to the local shoppers and to Tonbridge High Street which rely on big shops to attract customers to the area.